Chainlink’s [LINK] hopes of reviving may have been given a big boost by the activities of Ethereum [ETH] whales. According to whale tracking platform, WhaleStats, LINK broke into the top ten assets in trading volume that ETH whales traded in the last 24 hours.

JUST IN: $LINK @chainlink one of the MOST USED smart contracts among top 100 #ETH whales in the last 24hrs🐳

Based on the data from the Whalestats, LINK was ranked eighth as per the trading activities. While LINK surpassed Uniswap [UNI], the transaction value was very far away from ETH itself. While ETH’s value was as high as $727,677, LINK was a paltry $608.

Despite the helping hand, LINK did not seem to be motivated in all aspects. A look at its on-chain metrics showed that although LINK improved across its network activity, there was a decrease in some other parts. According to Glassnode, active addresses that were around 1,422 on 10 September had increased to 1,743.

The ETH whales activity increase was also evident in its total transfer volume. The on-chain analytic platform showed that LINK’s transfer volume was five times more than it was two days back. While it was $3.28 million on the date mentioned, the transfer volume increased to $16.29 million at press time. 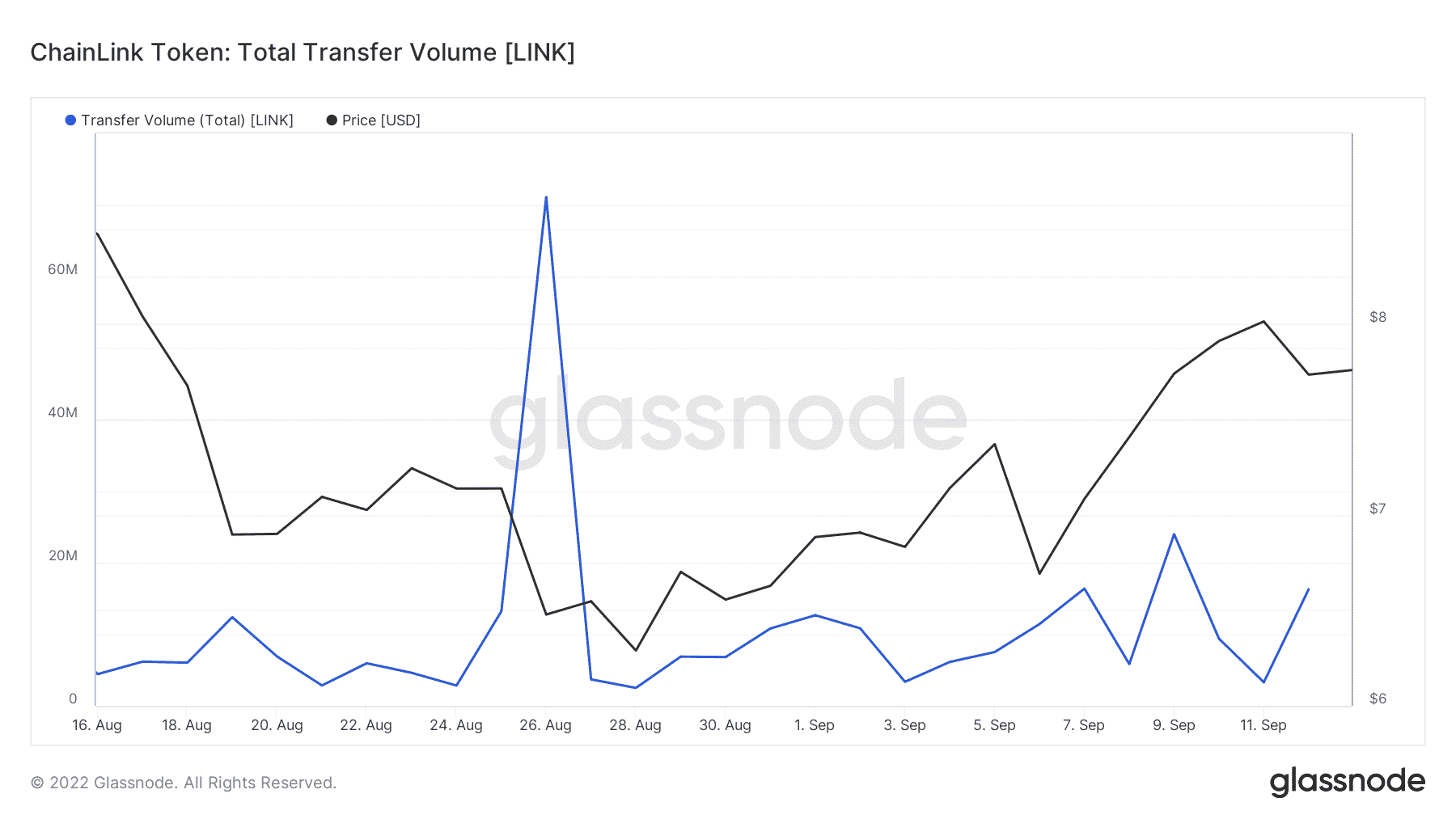 Not all is well

However, these upticks did not come without their own challenges. The other parts failed to follow the increased total NFT trades count.

Considering that LINK had recently added a new NFT project to its chain, these statistics were surprising.

Additionally, the supply of LINK on exchanges was down to 18% despite ending August at a much higher level.

It may also seem that LINK traders have been exiting their currency positions. This is because the active deposits over the last 24 hours had decreased from 28 to seven.

At press time, LINK was down 4.03% from the previous day’s price. CoinMarketCap showed that its price at press time was $7.75.

The volume was also down 15% indicating that much liquidity was not going into the ecosystem. With its current movements, it may seem that LINK was not ready to follow the “green path” it had earlier attained.