The CEO of Avalanche [AVAX] Labs, Emin Gün Sirer, made an important announcement on 14 September. KKR, a leading global investment firm, joined hands with Avalanche with $417 billion in assets under management (AUM). The main aim stood to tokenize exposure to the fund.

With the help of fintech firm Securitize, Avalanche will be able to go ahead with the tokenization. Furthermore, as per the CEO, this move would help make institutional private market strategies accessible to a wider set of participants.

Word on the street

This announcement has definitely helped AVAX with its already increasing social media presence. AVAX has seen a massive surge in its social media over the past three months.

Additionally, the token’s social engagements have increased by 145.8%, and social mentions spiked by 246.2% in the last 90 days.

But the good news doesn’t end here for AVAX. The altcoin’s market cap has also witnessed a surge and a 3.92% growth in the last seven days.

Trading volume, too, saw significant growth over the past week. It surged from 309.4 million on 12 September to 632 million at press time.

Thereby, almost doubling in its value, in just two days.

Not all that glitters

However, things aren’t going perfectly for AVAX. As per the graph above, development activity saw a constant decrease over the last seven days.

This may be an indication that contributors on GitHub didn’t quite align with enthusiastic traders/investors who had jumped into this pool.

Thus, raising the durability of holders given the limited development insight(s). Furthermore, AVAX’s market cap dominance has dwindled as well.

Another cause of concern for investors could be the rise in the token’s volatility which has grown by 11.63% in the past week. This indicates that the future of AVAX’s price could be uncertain. 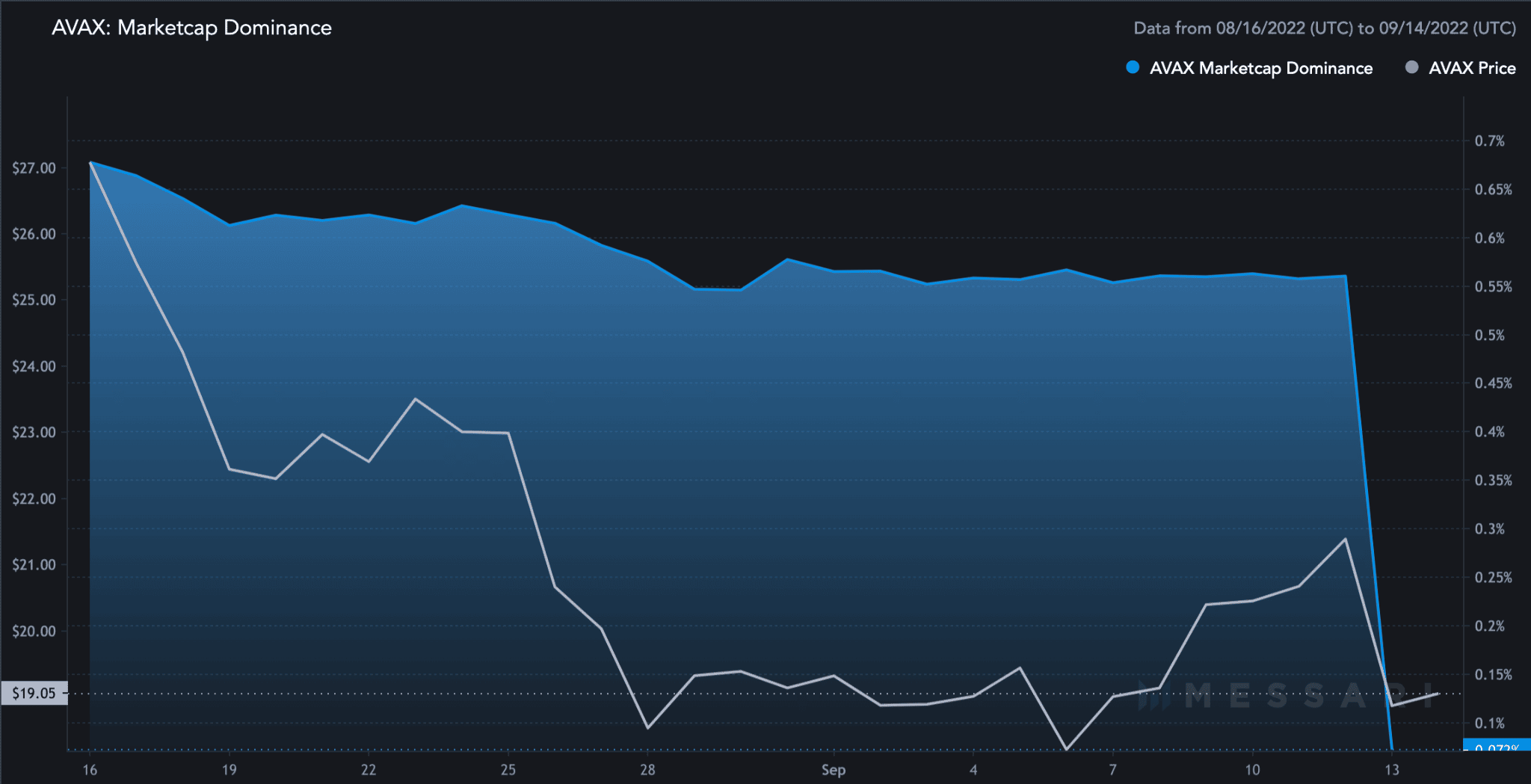 At the time of writing, the Relative Strength Index (RSI) stood at 36.32 indicating the momentum was with the sellers. However, the Chaikin Money Flow (CMF) stood at zero and appeared to be moving sideways. This indicated that the money flow, at press time, was not favoring either the buyers or the sellers. 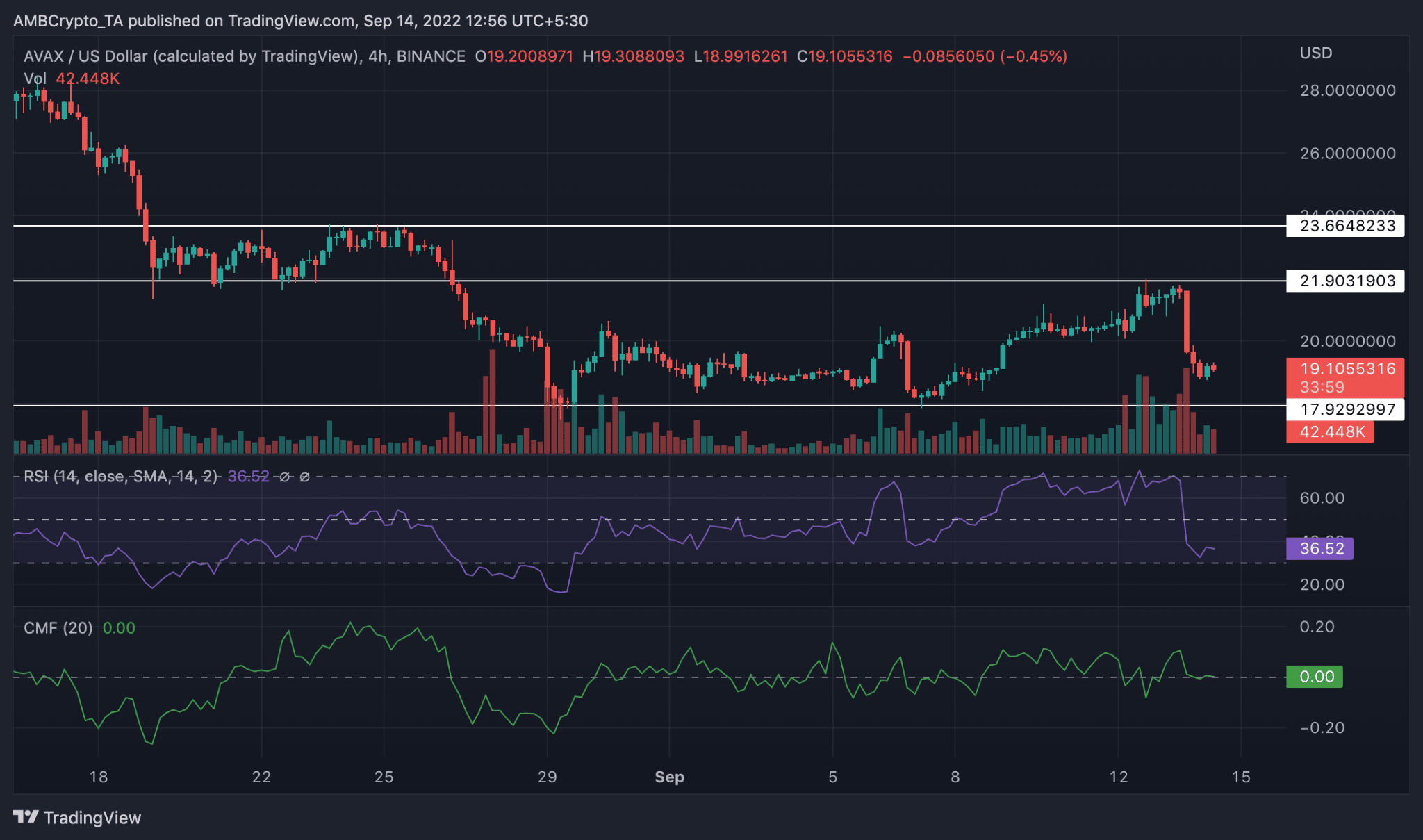 Despite the fact that AVAX benefits from a variety of factors, its price action could be very volatile in the near future.

Readers are advised to proceed with caution and keep a track of the latest upgrades around the token to gauge the direction in which AVAX is heading.