Disruptive innovations can change anything in the world. Through the use of “smart contracts,” blockchain has the potential to completely alter the ways in which Human Resource professionals seek candidates, manage payroll, and instruct workers.

According to Coinwire, the decentralized ledger technology known as blockchain was first applied to the realm of cryptocurrencies. On a more positive side, blockchain is a decentralized database of records that cannot be altered and is shared in a way that is spread across several nodes. Immutability refers to the fact that information included inside a block cannot be changed or removed once it has been added to the blockchain.

According to the findings of the study, an organization suffers an average loss of almost $14,900 due to a single “poor hiring” (Ahmed, 2019). When it comes to the employment process, there are two components that are sometimes misrepresented, and the following are some of the ways that blockchain technology may assist businesses.

Verification of Credentials Using Blockchain Will Eliminate the Need for Conventional Resumes and CVs The usage of blockchain technology will eliminate the need for traditional resumes and CVs by using a new open platform that enables rapid searching and matching. The data that is stored on blockchain will be up to date, and it will include information about a candidate’s educational background, skill sets, honors, and awards. Verification of recommendations is made simple by employing blockchain technology.

Employment Histories Blockchain technology has the potential to assist businesses in reducing the number of instances of employment history fraud, which is often carried out by former employers who have previously vetted the information. The medical, pharmaceutical, and legal industries, where the stakes are greater and human lives are at risk, are excellent examples of where this is of enormous consequence.

The use of blockchain technology has the potential to radically transform and significantly enhance many of the day-to-day, regular duties of a human resource management. Because of this streamlining, the productivity of human resource managers will increase, and they will now be able to concentrate more on other areas, resulting in cost savings for the businesses. 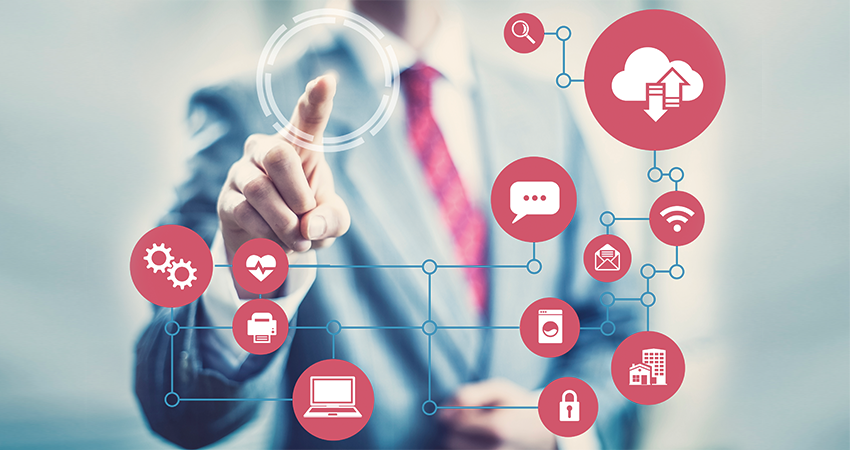 Keeping Tabs on Payroll Despite the fact that practically all of the payroll systems in large and medium-sized businesses are currently automated, Monitoring changes to the system, avoiding fraud, tracking time and attendance, payment alternatives, and benefits administration are all potential ways to make the system more robust. With the use of cryptocurrencies as the medium of exchange for payments, the need for third parties like banks and other financial institutions may be eliminated entirely, resulting in increased levels of transparency.

Training: Blockchain technology has the potential to revolutionize both the method in which firms teach their personnel and the way in which people motivate themselves to learn new skills. When an employee successfully completes a training course or earns a certification, a new block may be added to the employee history. This block stays in place and can be easily validated in the future.

Paper-based contracts, which now need continual and manual attention, are expected to be replaced with digitally-enabled “smart contracts” in the near future. Contracts that use blockchain technology might be considered smart contracts. These connections lay forth the parameters for transactions, as well as the repercussions that would follow in the event that the parameters were broken. These are able to not only enforce the contacts, but also the additional simplified activities based on “if and otherwise.” For instance, if something like this occurs, then this payroll will be triggered in certain circumstances.

It is important that the code that underpins the contracts be resilient, and it must also be taken into mind that the activities that are simplified by contracts cannot be undone.

The use of technology in human resource management comes with a variety of benefits as well as drawbacks. Facts and transparency are made easier to access via blockchain technology, which is used in the recruiting industry. Technology in this context not only makes it easier for workers and employers to locate one another but also contributes to the development of trust between the two parties.

There are certain drawbacks or worries that need to be addressed, and they need to be addressed soon. One of them is adding “blocks” that include the incorrect information or transactions, both of which are permanent. The second issue is that the technology is still in its infant stages and requires more development. Concerns have been raised about the upscaling of blockchain implementation due to the fact that this is not being completely implemented in any of the industries to the full extent of its potential. Last but not least, the firm places the highest importance on adhering to the requirements of GDPR and protecting the confidentiality of the data it collects. Due to the fact that it is a decentralized technology at its heart, GDPR acknowledges the existence of gray zones regarding the security of personal data. For instance, any entity or individual has the right to remove personal information if it is fraudulently characterized as “right to be forgotten,” which violates the premise of the blockchain ledger. This right exists regardless of whether the information was uploaded by the entity or the individual.

In conclusion, Blockchain has the potential to operate as a significant disruptor in the area of human resource management, despite the fact that it has to be normalized in accordance with the demands and concerns of certain industries.