Shiba Inu price is starting a recovery while the rest of the crypto ecosystem is soaked in a bloodbath. There is a spike in network activity in Shiba-Inu-themed cryptocurrencies Shiba Inu and Dogecoin. ShibArmy is awaiting a massive surge in Shiba Inu price as burn continues.

Also read: This event could trigger a recovery in Shiba Inu price

Shiba Inu price is rising as along with competitor Dogecoin it is observing a notable increase in network activity. Based on data from crypto intelligence platform Santiment, over the past ten days, network interaction among Shiba Inu and Dogecoin holders increased 35% and 32% respectively.

At a time when most cryptocurrencies have witnessed a decline in their prices, investors poured capital into the Shiba Inu ecosystem. A surge in network activity is indicative of rising interest in ShibArmy members and investors, fueling a bullish sentiment among traders.

Experts believe increased transaction activity could be a temporary setup for a Shiba Inu price rally. The recent liquidity crises post the collapse of Terra LUNA and Three Arrows Capital triggered a slump in cryptocurrencies.

The rapid burn of Shiba Inu has pulled trillions of tokens out of circulation and contributed to the rise in value of the remaining 557.9 trillion Shiba Inu coins currently in circulation – over 41% have been permanently removed from the Dogecoin-killer’s supply.

The social dominance for Shiba Inu recently witnessed a massive spike and this coincides with the recovery in Shiba Inu price.

Constant engagement of investors in Shiba Inu across social media platforms is a key reason for a Shiba Inu price recovery.

Among cryptocurrencies listed on Coinbase’s platform, Shiba Inu ranks among the three cryptos trading at a price higher than their listing price. Shiba Inu price started recovery in the bear market while Bitcoin and Ethereum prices continued to plummet. Most cryptocurrencies in the top 30 by market capitalization have bled and struggled to recover, while Shiba Inu price is making a comeback.

Despite being removed from Crypto.com’s Earn program, and other similar setbacks, Shiba Inu price has witnessed a trend reversal. While Crypto.com pulled Shiba Inu out of the list of assets supported for rewards on Crypto Earn, Coinbase Commerce added the meme coin to its platform for instant and free payment settlements to merchants.

Shiba Inu’s layer-2 solution Shibarium is set to release beta phase as early as Q3 2022. Based on the announcement of developers at the Unification Foundation, Shibarium’s beta version could see the light of the day soon.

Shibarium and Shiba Games are the two releases planned for the Shiba Inu ecosystem in 2022. Experts believe that the launch of Shibarium could contribute to the recovery of Shiba Inu coin.

Unification informed the ShibArmy that the Shibarium Alpha TestNet has been successfully running for a number of weeks and is allowing developers to create the necessary support tools prior to the public Beta TestNet deployment. The primary tool under heavy development is the wallet application, which will also be deployed on L2.

Shibarium is being built on and improving well established, battle-tested and robust technology with xFUND, and particularly Oracle of Oracles (OoO). Oracle of Oracles will play a key role in the ecosystem as an Automated Market Maker (AMM).

The Shibarium Public Beta TestNet is planned for deployment in Q3 and it will allow parties to fully interact with the network, including the validation process.

Analysts at FXStreet have evaluated the Shiba Inu price trend and predicted that after facing headwinds and a brief period of consolidation, SHIB is ready for another leg-up. Shiba Inu price could embark on a 15% rally from its current level and hit its targets of $0.0000119 and $0.0000130.

Further uptrend continuation could push Shiba Inu price to retest the $0.0000139 hurdle, the short-term local top for the Dogecoin-killer. 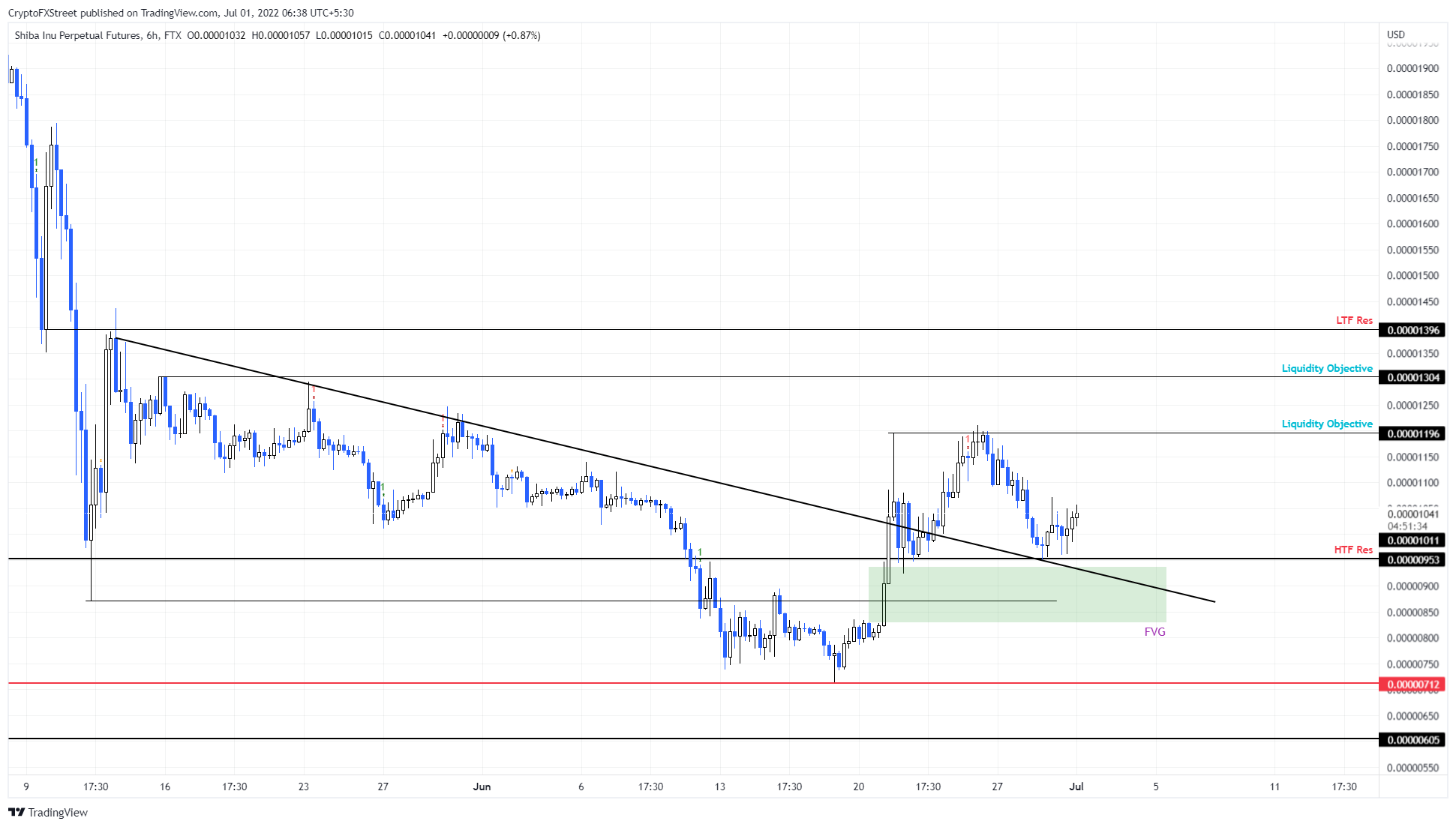 FXStreet analysts believe Shiba Inu’s competitor Dogecoin is primed for a massive rally. For more information and key price levels to watch out for, check this video: